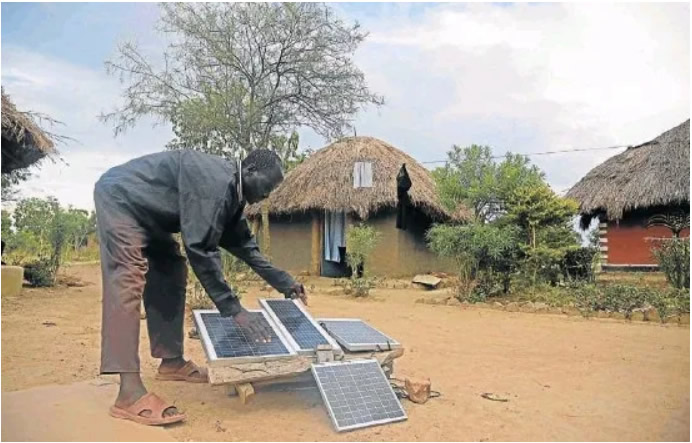 To equip energy and business journalists in Uganda with relevant knowledge and information about the renewable energy sector, Uganda Solar Energy Association (USEA) in partnership with United Nations Capital Development Fund (UNCDF), today trained up to 25 media professionals operating in the country.

The training was held at Protea by Marriot Hotel in Kampala and was attended by reporters and editors from Uganda’s most prominent media houses.
The journalists were also taken on a familiarization trip to Power Trust Uganda, a solar energy firm that is promoting the use of solar energy for productive use.

Power Trust is one of the eight beneficiaries of the just concluded Renewable Energy Challenge Fund (RECF) which was organized by the Embassy of Sweden and UNCDF Clean start Programme.

Speaking at the training, Joyce Nkuyahaga, the Chief Executive Officer of USEA, commended the media for promoting the use of solar energy and other renewable energy forms in Uganda and pledged her support to the participants, to help bridge the existing information gap between the sector and the media in Uganda.

“USEA is cognizant of the role of the media and need for access to the right information and experts in the renewable energy sector, in raising awareness about the benefits of transitioning from climate harming technologies to clean energy solutions like solar,” Nkuyahaga explained. View more
https://kyakala.com/usea-uncdf-empower-ugandan-energy-journalists/

Uganda Government Asked To Support Solar Vendors.
Uganda Solar Energy Association (USEA) has asked the government of Uganda to support solar power vendors in their quest to promote better regulations and the use of clean energy throughout the country.
The Association Chief Executive Officer, Joyce Nkuyahaga, who was conducting media training in Kampala, cited the influx of counterfeit solar equipment on the market as a major challenge affecting the sector.
“USEA and CREEK were formed with assistance from Uganda National Bureau of Standards (UNBS) to provide the expertise and ensure that quality solar systems are supplied to the market,” Nkuyahaga said during the media training.

About 25 media professionals were trained and equipped with relevant knowledge and information about the renewable energy sector.
“USEA is cognizant of the role of the media and needs for access to the right information and experts in the renewable energy sector, in raising awareness about the benefits of transitioning from climate-harming technologies to clean energy solutions like solar,” Nkuyahaga explained.

“We believe that by providing training and other opportunities that the media can leverage in providing the necessary information to the public, the media will be empowered to report effectively about this sector and promote the use of solar energy among millions of people in Uganda,” she noted.

As part of its efforts, USEA together with Energy without Borders has been conducting a month-long awareness campaign dubbed Let’s Go Solar aimed at promoting the use of solar products in Soroti, and Mbale Municipalities, to sensitize up to 149,675 and 108,558 households, respectively more
https://www.busiweek.com/uganda-government-asked-to-support-solar-vendors/

USEA launches its State of The Art Interactive Website

KAMPALA. March 21st, 2019. Uganda Solar Energy Association (USEA), an independent not-for-profit association dedicated to facilitating the growth and development of solar energy business in Uganda and East Africa, has today launched a state-of-the art interactive website aimed at boosting solar energy uptake in Uganda.
According to the Dr. Sheila Desai, Director for Economic Growth, USAID Uganda is cognizant of the fact that access to cleaner and productive energy is critical for addressing poverty and economic development in Uganda with the aim of reaching thousands of rural Ugandans with cleaner and productive electricity as part of efforts to enable Uganda achieve goal seven of the United Nations Sustainable Development Goals on access to energy for all by 2030
“Solar energy has the potential to meet the energy needs of Ugandans including women and girls especially those in rural areas. With solar energy, communities power irrigation systems; communities can store medicine in rural health centers; and communities can improve the quality of education children receive,” said Dr. Desai.
“This however must be achieved with the support of policy interventions in addition to ICT and digital transformation efforts that culminate into the much-needed cost reductions to enhance cost-effective service delivery,” she explained.

Speaking at the launch, USEA’s Chief Executive Officer, Joyce Nkuyahaga noted that USEA is proud to officially unveil this online platform that will serve as a knowledge hub for USEA’s members and others key stakeholders interested in the solar sector, the opportunities and financial resources related to the solar energy sector in Uganda. Key stakeholders include; government, donor agencies, foreign missions, businesses, potential investors, and the general public.

“A critical part of USEA’s work is communication and advocacy. As an industry body, USEA is responsible for advocating to key stakeholders such as consumers and policy makers, about key issues related to the solar sector for instance on how to purchase quality solar products and support on tax related issues on behalf of its members to advance the industry,” said Nkuyahaga, adding, “This platform will avail us the opportunity to reach as many industry actors as we can.”

Power Africa is a US government led partnership that brings together technical capacities, capabilities, resources and programs of 12 US government Departments and Agencies and 16 international Development partners to provide market-driven solutions to advance the goals of the electrify Africa Act of 2015 to catalyze growth of small business, the power industry and bring electricity to millions of people for the first time.

According to a study on the use and Viability of Solar Energy in Uganda by the National Association of Professional Environmentalists, 88% of Ugandans use kerosene for lighting and 79% use firewood for cooking while only 1% use solar energy for the two purposes. The heavy reliance on biomass by the country as a source of energy in day to day life puts the country at risk of environmental degradation and climate change.
Furthermore, statistics show that Uganda’s electricity access currently stands at about 20% with 90% of the population still dependent on biomass. More so about 78% of Ugandans are not connected to the national grid. Important to note is that existing solar energy data clearly indicates that the solar energy resource in Uganda is high throughout the year and has the potential to meet the energy needs of Ugandans.

However, the scale at which solar energy is being used for productive purposes in Uganda is still very small because of a number of constraints notably; lack of investment finance and adequate knowledge among others.
USEA, the umbrella body for the solar energy industry in Uganda is working with several partners including; UNCDF, USAID, UKAID, WORLD BANK and the Government of Uganda to increase the uptake of solar products, promote better regulation and good business in the industry. 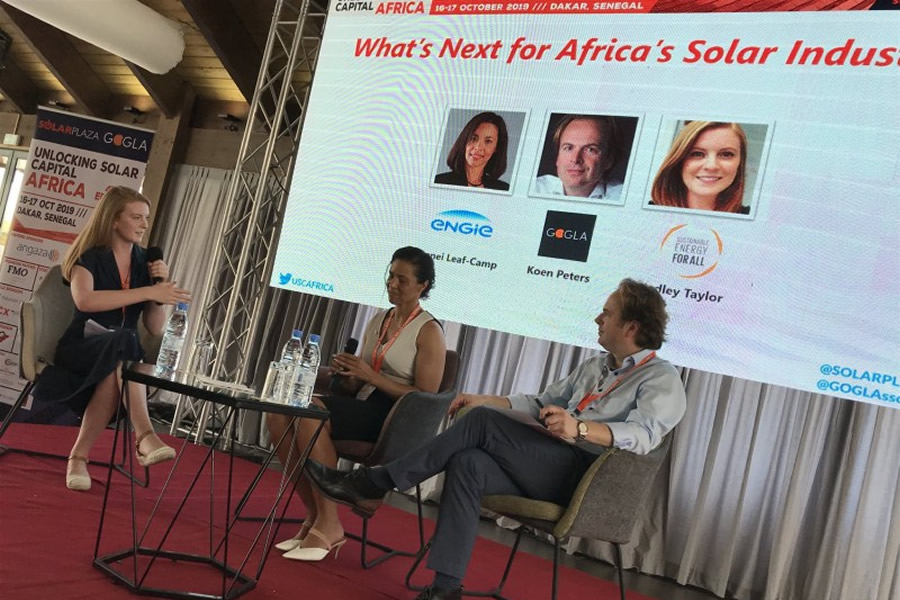 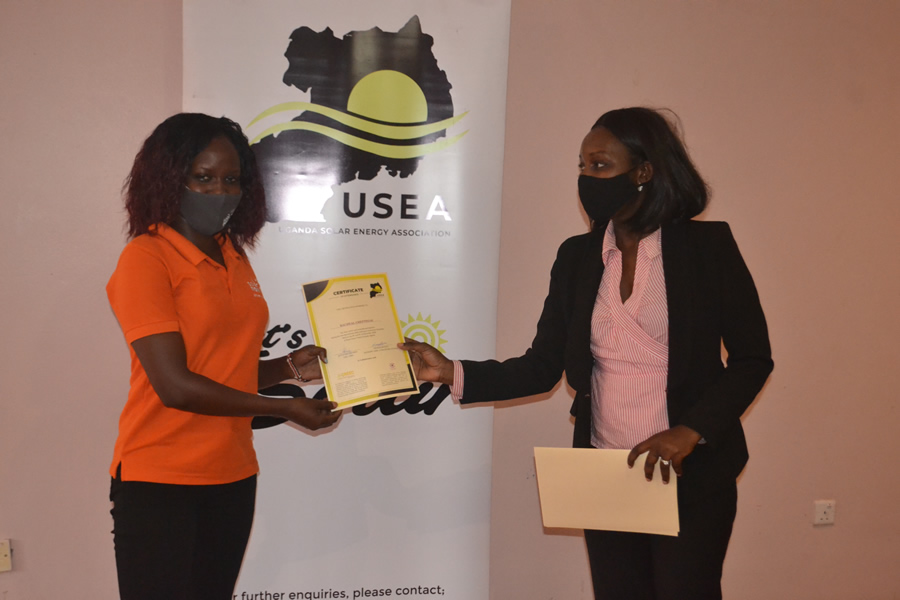